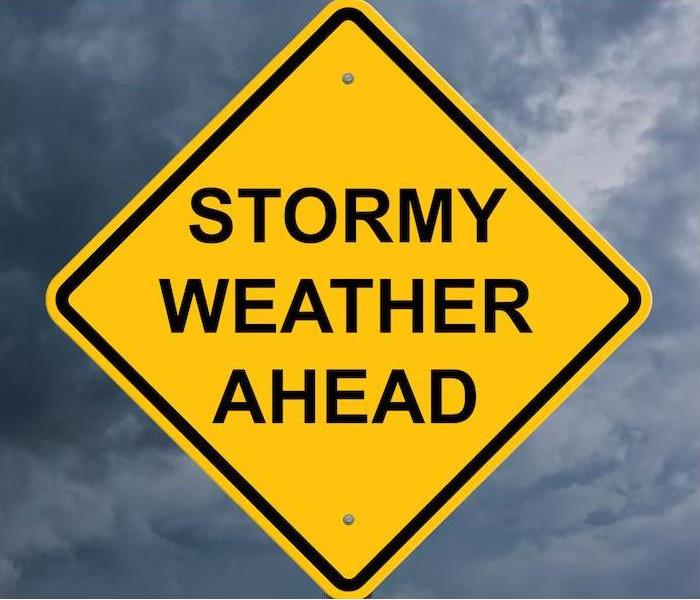 When storms do damage, we go to work to make things right. Contact SERVPRO of Gwinnett County South to start the restoration process.

2020 was a taxing, even devastating year for many. And it wasn’t only because of COVID-19: In addition to being a year that brought a global pandemic and a months-long national quarantine, 2020 also set a new record for extreme weather in the U.S.

In fact, 2020 saw more weather disasters than any previous year on record.

The National Weather Service classifies a weather event as a disaster once it causes a billion dollars in damages. 2020 saw 22 such events in the United States, plus many other damaging that didn’t reach that financial standard.

In fact, for only the second time ever, the NWS ran through its complete list of planned storm names for the year and had to borrow from the Greek alphabet to be able to keep up—that’s how we ended up with Tropical Storm Zeta, which took out trees and power in Gwinnett County as it dumped flood-level rains on us in October.

One might assume hurricanes are the big ticket item when it comes to storm damage, and they certainly are devastating. But actually, the most expensive disasters of 2020 in the contiguous United States were thunderstorms and tornadoes: of the 22 major events in 2020, 14 of them were thunderstorms and cyclone cells.

For some perspective, here’s a look at the damage a single storm system can cause: In August 2020, a normal-looking line of storms in eastern Nebraska suddenly ramped up its intensity and developed into a disastrous derecho (which is a storm similar to a tornado, but brandishing razor-sharp straight-line winds instead of circular gusts). The brutal storm cut through over 10 million acres of Nebraska’s corn fields—that’s almost 50% of the state’s essential corn crop, and over 11% of the entire country’s corn production, all put in jeopardy by a single storm.

One would like to think 2020 was an abnormal year, a one-off occurrence that happened to set a new record. But in each year of the last decade, the NWS has registered at least eight billion-dollar disasters. 2018 and 2019 combined for $136 billion in total damages, and 2017 set a record $300 billion in damage costs.

The bottom line is that storms happen everywhere, and they happen year-round, so it pays for every home and business owner to take proper care when storms called for. But should those precautions prove insufficient in an overpowering weather disaster, remember that SERVPRO is right here with 24⁄7 emergency support.

When storms do damage, we go to work to make things right. Contact SERVPRO today to see how we can help.